Omega 3 for Muscle Building and Recovery 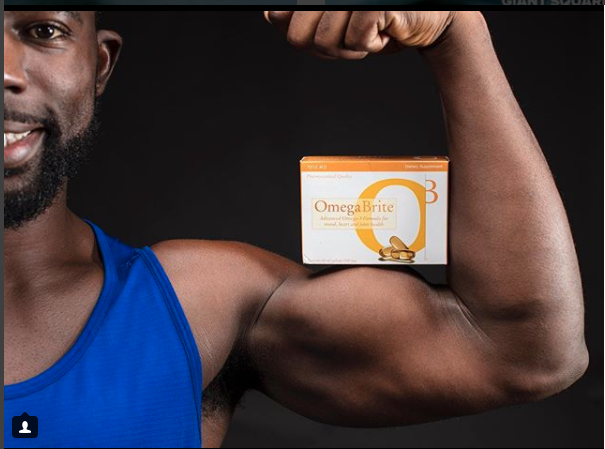 During exercise, our body is put under stress. This stress allows us to improve our fitness and stimulates muscle protein synthesis. Once the exercise has ceased, the body goes into recovery mode. Recovery mode involves the body’s adaptation to the stress it experienced during exercise. If the body does not fully recover, we are more at risk of injuries as our body has not adapted to the stress of exercise. Overall optimal stress recovery leads to improved physical strength and fitness.

High-quality protein sources such as eggs, soy and Whey provide the essential amino acids required to promote maximum MPS4. For these reasons, a combination of resistance exercise and protein supplementation is suggested for building muscle and preventing muscle wasting4. Research has also suggested that omega-3 fatty acids may improve the response of muscle tissues to anabolic stimuli such as amino acid availability5.

Randomised controlled trials conducted with healthy participants have reported positive results of omega-3 supplementation on MPS. In one study, healthy elderly patients received 1.86g EPA and 1.5g DHA daily for 8 weeks5. There was no significant effect on basal MPS reported but omega-3 was shown to increase the MPS response to insulin and amino acid infusion after the 8 weeks of supplementation. A follow-up study revealed this effect was not exclusive to the elderly, with the same effect of omega-3 supplementation being seen in young and middle-aged individuals5.

Besides promoting MPS, omega-3 has many other benefits for athletic performance. Omega-3 supplementation can improve muscle strength and function, reduce muscle damage and soreness, and improve the function of the heart and lungs10-12.

Omega-3s have been shown to play an important role in muscle function and strength.

Recovery from Illness and Surgery

Muscle recovery also plays a vital role in recovery from illness or surgery. In one study EPA was added to enteral feeds of oesophageal cancer patients, post-surgery20. Patients received 2.2g EPA daily for 26 days. Patients who received EPA in their feeds maintained all aspects of body composition after surgery, while patients who received standard enteral nutrition (EN) without EPA lost significant amounts of fat-free mass20.  Additionally, the EPA group had a reduced response to inflammatory markers TNF-α, IL-10 and IL-8. These findings suggest early supplementation of EN with EPA can be used as a protective measure against lean body mass post-surgery20.

From the research available, we know that Omega-3 supplementation can improve muscle function and recovery and has benefits for athletes, healthy individuals and those recovering from illness and injury.

Product has been added to your basket.

0
Your Cart - (Shipping determined at checkout)
We may use cookies and other similar technologies (together “cookies”) to collect data about your browser, device and location to offer you a better experience and to understand how the site is used. By continuing to use this application, you consent to the use of cookies in accordance with our Privacy Policy. California law considers some of this activity to be a “sale” of personal data. To learn more and make choices, click on "Do Not Sell My Information." Page. Accept Cookies
Go to Top